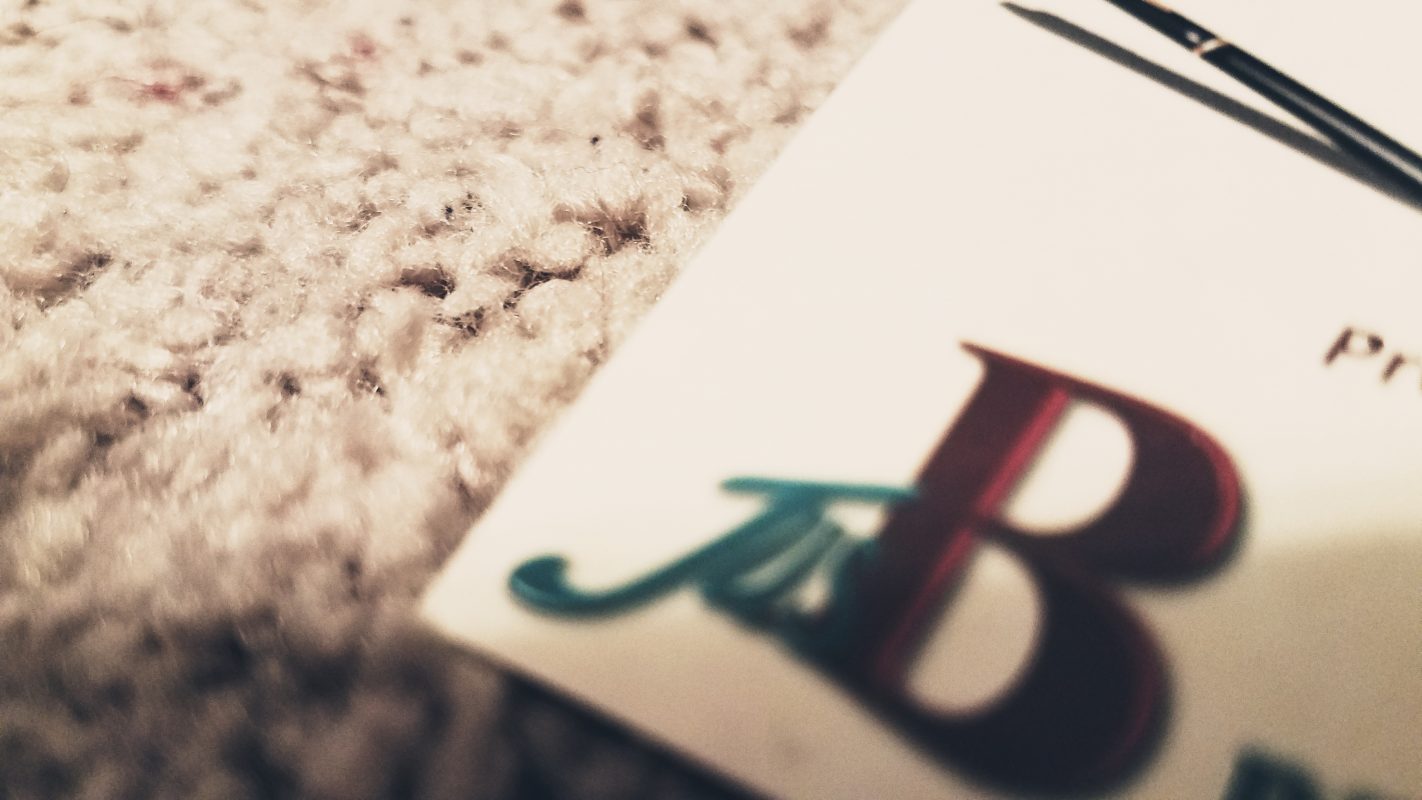 Giving In To The Dip — Goodbye, JusB Proofreading

In January of this year, I posted the following tweet:

What this week taught me:

It’s not always shameful to quit.

Sometimes, it’s braver to stop for the right reasons than to continue on for the wrong ones. #FridayReflection #knowyourself

By the end of the day, I’d received several likes, a retweet, and a reply from a Twitter-er I’d met in 2017, modern-day Renaissance man (and longtime Renaissance Festival player) MordantRiki (@MordantWorld). It simply said–

The Dip: A Little Book That Teaches You When to Quit (and When to Stick)
by Seth Godin

I wasn’t sure how he managed all that epic formatting in his tweet, but hey–quitters can’t be choosers, amiright?

I had not written my initial tweet frivolously, so MordantRiki’s recommendation intrigued me.  I had several projects I was juggling at the time, and trying to decide if they were all still worth the strain was…well, putting a strain on me.

But, I didn’t want to stop.  I wanted to succeed in all of my endeavors, because they were all so great!

Unfortunately, by trying to do everything, I was reaching the point where I was achieving nothing.

I had created my own “The Dip,” whether I knew it or not.  So, I bought the book to learn how I could work myself out and regroup to regain my motivation.

[Sorry; I’m using a new WordPress editor, and it’s really making me aware of my dividers.]

The book explains that the difference between those who succeed in life and those who don’t, is knowing when to quit and if they should quit in conjunction with this progress.  If you determine you must quit, you have two options:

Seven years ago, I decided to start my own freelance proofreading and editing business.  It was nothing extremely elaborate; I was (am 🙂 ) good at proofreading, editing and writing, and I felt that I could help people while also making a living out of it.  Much research and budgeting later, and I launched JusB Proofreading, LLC.

The first few years were not easy.  I was forced to be sales and marking as well as the actual service department, creating business cards and telling everyone I knew about what I offered.  I bought equipment (a new iMac and all-in-one printer, among them) with money I didn’t have, and learned how to create a presentable website thanks to knowledgeable web design friends.  Requests for services were few and far between.

Pushing Through The Dip

I generally lucked out: nearly all of my clients paid for services rendered.  However, there were a few–friends, even–who I quickly found out I could not have a working relationship with and happily refunded their money.  There were others who wanted all the work done first, but balked when I gave them a binding contract and an earful of financial obligations.  One event planner called me for weeks, verbally abusing me long after I’d told him I wasn’t “the right person for the job” when the job entailed a list of services I didn’t even offer.

On the Other Side

But, I learned.  As time passed, my business leveled out and evolved from merely proofreading and editing, to resume-writing and job interview preparation.  In fact, all of the customers I’ve served over the last five years have exclusively requested resumes.  I had my niche: I trained myself in it, and I liked it.  Work arrived slowly, but consistently.

In fact, it became too consistent.

With my still having a full-time office job outside of my business, preparing resumes for multiple clients began to take on more time than I had available.  I was losing sleep and even human interaction with friends and family.  In 2017, I joined a choir.  I still had to finish editing my novel.  And I’d started training as a voice actor.

None of these choices were spur of the moment.  These were desires and life-long objectives that I had been putting off for years. I wanted to pursue them all.

But…something had to give.

Since January, my active life has increased exponentially.  At first, I didn’t really give it much thought other than to think, Wow; I am managing my time really badly.

When I started having to tell my friends I couldn’t make one meet-up date due to another engagement, or I had to stay home and work on “something,” their eyebrows would rise. “Wow. You are super busy.”

“No, I’m not!” I’d scoff. “I’m just doing stuff at inconvenient times.  I’m free next week.  Oh, wait; not next week.  The week after–well, make that the following…huh.”

I started using Google Calendar to mark my appointments. Now, when my friends and family ask me to visit or attend events, I actually have to consult my calendar.  Like, un-ironically.

I’m surprised they haven’t swatted me yet.

All this brings me back to JusB Proofreading, LLC.  My baby.  One of the first creations in my adult life that I made myself.

I am so proud of this business and the growth and maturity it has brought me.

Deciding its fate has been a tough decision–one that I didn’t come by lightly or quickly.  I’ve been contemplating this since January, and I finally had to be honest with myself.

And I can’t handle everything that I thought I could.

So, as of now, I am taking an indefinite hiatus from JusB Proofreading.  I will no longer be working on any proofreading, editing or resume projects.  My other projects will require 110% of my energy moving forward, and I don’t want to lose their momentum.

That being said, I don’t believe I am “closing the doors” on the business forever.  Once I’ve slowed down, perhaps in a year or so, I will revisit JBP and see how I can represent it even better.

In this scenario, I believe it’s okay to quit–because quitting doesn’t mean it’s all over.

It simply offers the chance to evolve to the next level and to push through the dip that is…The Dip.

2020: Year of Resolves and Transformation