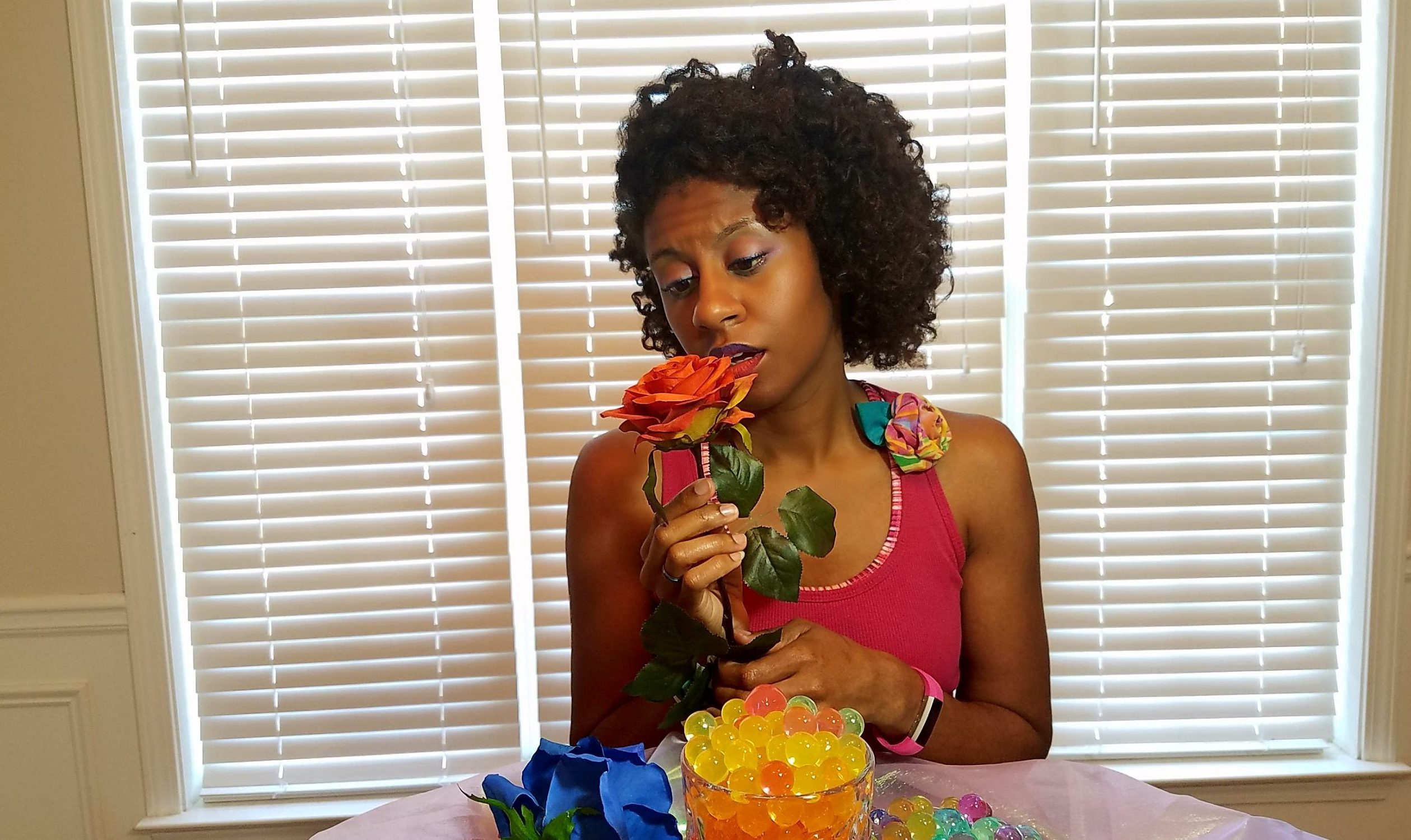 In the first part of this multi-part series, I reviewed not only what the love languages were; I also showcased my love languages and explained why I think I received the results I did.

In this part, I wanted to answer a question that arose due to Dr. Gary Chapman’s own explanation.  As explained by Wikipedia:

He theorizes that people tend to naturally give love in the way they prefer to receive it, and better communication between couples can be accomplished when one can demonstrate caring to the other person in the love language the recipient understands.

In other words, if someone wanted to show affection to someone whose primary love language was, say, physical touch, the latter should respond very strongly if you hugged them.  If their lowest love language was gift receiving, and you gave them a teddy bear, they may not be as immediately or noticeably impressed.  Talking with them and understanding what means the most to them would help clarify this.

But I digress.  Back to my original conundrum and Dr. Chapman’s theory:

But…what if it’s not?

Pretty standard, right?  My primary love language is acts of service, followed by a tie between physical touch and quality time.  After that, it is a quick drop to my lowest preferred languages, receiving gifts and words of affirmation.

In summary, I mainly and most easily interpret love and affection when a person is physically involved. That being said, it’s not like I don’t like gifts or being told I’m pretty (far from either of those!  Seriously, if you just bought me a present, don’t return it.  And tell me I’m pretty and that my eyes are like chocolate drenched in emerald starlight.  Please.)  I’m not going to accuse a person of “taking the easy route” if they do buy me a thoughtful gift or text me a compliment.  The lower languages aren’t removed; I just don’t relate to them as easily or as openly as my top three.

Sound good?  Got the gist of receiving love languages?

Remember that guy friend I mentioned in Part 1?  Well, about two months ago, I bought him a Nascar-affiliated souvenir baseball hat when my company’s gift shop was having a huge apparel sale. I literally couldn’t wait to see his face light up when I gave it to him.  He did not disappoint.

“Wow, thanks!”  He’d beamed and had immediately taken off the cap he had been wearing to replace it with the new one.  After a beat, he eyed me in amazement.  “This actually feels really good,” he said.  My heart had whoop-whooped in delight.

Even as I write this, more examples rise in my head on how perfectly this fits as my primary giving love language.  Since I was child, thinking of gifts for birthdays, Christmases and other notable celebrations has given me so much joy.  The consideration on what would be the perfect gift for the person and the occasion makes me feel like Sherlock Holmes–for if I get it right, the case will be solved, and I will be able to brag to Watson that the police couldn’t have resolved the trouble without my help.

I’ve even had put a budget on myself, because I will be that person who will forget I’ve only known a coworker for a month but I know she’ll be so happy to receive that solid gold Dragon Ball Z Goku statue collection.  When they lay eyes on the gift I’ve picked out, especially one that matches them so well, their obvious appreciation is almost a rush.

In short–I prefer giving gifts over acts of service.

After much speculation and self-reflection, here is the order that I have determined make up my giving love languages:

Dr. Chapman’s theory states that I should, by nature, want to express my love the same way that I want to receive love.  But I don’t.  In fact, my secondary receiving languages (physical touch and quality time) plummet to the last places in my giving languages.

So?  What is the logic behind this?  Why are my receiving and giving love languages so different in order?

I have two theories.

As I’ve mentioned many a time in this blog, I suffer through some self-esteem issues.  Part of the inner dialogue that ties in with these issues includes some of the following:

Brutal, I know.  But let’s take this logically for now.

This includes physical touch.  It’s hard enough for me to touch people casually–and in fact, I don’t.  If I do, it’s because I had to talk myself through the motion beforehand.  As I mentioned in Part One, I am highly conscious of when I am physically touched, and it is very, very difficult for me to hide my reaction when I am.  I love being touched — but, I am very sensitive to it.

I often assume that, if most people enjoyed (or even wanted) me touching them, they would respond as noticeably as I do.  However, I don’t see this reaction much.  So, I assume they don’t want me to and thus refrain from touching too much.

Usually, I’ll only initiate a touch if a person has touched me first per visit–say, 8 to 10 times.  Or, if I’ve known said person for, like, 20 years minimum.  So, pretty much just family.

And we don’t really touch a super lot.  Can’t imagine why.

After years of disastrous romantic interactions, I’ve noticed a common trend with the guys I’ve dated.  A lot of them complained that, not only did they not know what was going on in my head half the time, they never felt appreciated by me.  In my 20s, I dismissed them as being unobservant and imperceptive.  How could they possibly miss my signs?  I was blushing and giggling all over them!

“Yeah, but you never said how much you appreciated my time or how good I looked at that party or if you noticed my new suit!” they accused.  “I wore it just for you!”

I’d retort, “Really?  But I clung to your arm, and you saw me staring at you at the party.  And I kept stroking your jacket sleeve and adjusting your lapel–with a smile!”

The first guy who said things like this got blacklisted as an isolated incident.  But then I kept getting the feedback.  And I realized–a lot of guys like receiving words of encouragement and affirmation.  It apparently impacted them much more than words impact me.

I already gave my explanation on my primary giving love language.  As for acts of service, I had received monumental feedback from my mother and older sister when I’ve helped them over the years.  Either I would enjoy their reactions first-hand as they stared, confused, at the resolved mess, or I would overhear them telling others about the fantastic jobs days later.  Their happiness, whether they expressed thanks directly to me or not, was palpable.  In turn, it made/makes me happy to know how much stress it would remove from them.

People in general like when stress is removed from them.  I like seeing people without stress.  So, I try to remove it.

I be simple gal.  I see problem, I attempt solution.

Re-reviewing the love languages only re-emphasizes how important they are in showing the people we care about, how much they mean to us.  If a person is nagging their partner to do something, they’re not doing it just to be mean (or rather, they shouldn’t be).  They’re doing it because a very vital love language is being neglected.

A wife not being told her hard work matters.  A man who wants to spend time with his daughter fixing the lawn mower.  One sibling who looks forward to that handmade birthday card her little sister gives her every year.

That being said, no one should be compromising their own self-love to make everyone else happy.  You as a person are not exempt from having your love languages fulfilled–not even from yourself.  The love and respect you give to yourself is just as important as the love you give out to the world.

Which brings me to a new question:

Have “self-love” languages been explored?

How do the five love language rank when considering how you best respond when treating yourself?

I performed a brief search on Google, but I did not see anything by Dr. Chapman.  Which means…

This is something to consider.

The Love Language Saga shall continue.  Maybe not next week, but someday, it will be back!

How to Stop Yourself from Having a Crush

Missed Opportunity, Pt 2 – An Open Letter to the (Other) Men Who Got Away