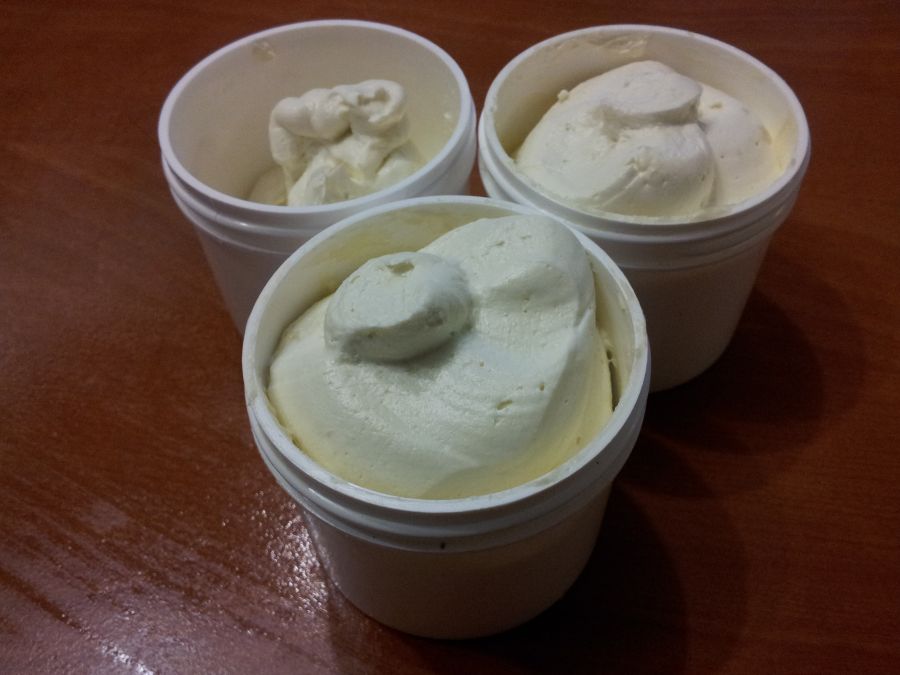 The Most Interesting Product In the World

It shampoos your hair…when it’s not cooking your dinner.

It keeps out moisture…while it’s moisturizing.

It can remain cold and unrefined…while making you look radiant and beautiful.

It is…the most interesting product in the world.

Darn.  Now I wish I worked in commercials.

I was introduced to the properties of shea butter almost ten years ago, when my mother bought a batch from an African import shop.  When I came home from college one weekend to visit, she excitedly unwrapped a massive wad of what looked like old and crumbly yellow clay into my hands.  “Look, Brandee.  Look what I found!”

She told me it was shea butter, the fat extracted from a nut tree in Africa that was used by native women as an alternative to lotion and hair cream.  She scraped off a pea-size amount and smeared it into my forearm.  “See, look.” The cream smoothed right in and all but vanished from sight.  The surface was suddenly even and suppler.

Her hands had always been soft, so I couldn’t tell.  Considering she was the one who had done the hard labor around the house when I was growing up, I just thought it was a byproduct of her natural-born, all-around perfection.  As such, I found her fascination to be silly and pretentious.

“Mother,” I told her, “I find your fascination with this yellow lump to be silly and pretentious.”

Upon which she snatched her precious butter from my hands and told me to go back to the dorms.

At the time, I didn’t think much of shea butter one way or another.  I hadn’t “discovered” it myself, and seeing as I was a minimalist in beauty products anyway, I knew it would remain in the corner of my dusty shelves and never be touched again.

It wasn’t until around three years ago, when I truly considered going natural, that I did a mad search for products that would allow me to maintain my hair in its healthiest state.  I found myself reducing the chemicals that I would allow near my locks, one by one:

The more I researched, the more basic I became until finally, there it was in its open, solitary form:

It was like a memory from a dream, so very long ago.  By the time I did go natural (two years this October 10), I had hocked my mother for her African shop website.  Once she had commenced ranting about how right she had been since Day One, she consented.

2020: Year of Resolves and Transformation

Back to My Roots: (Re-)Growing My Natural Hair