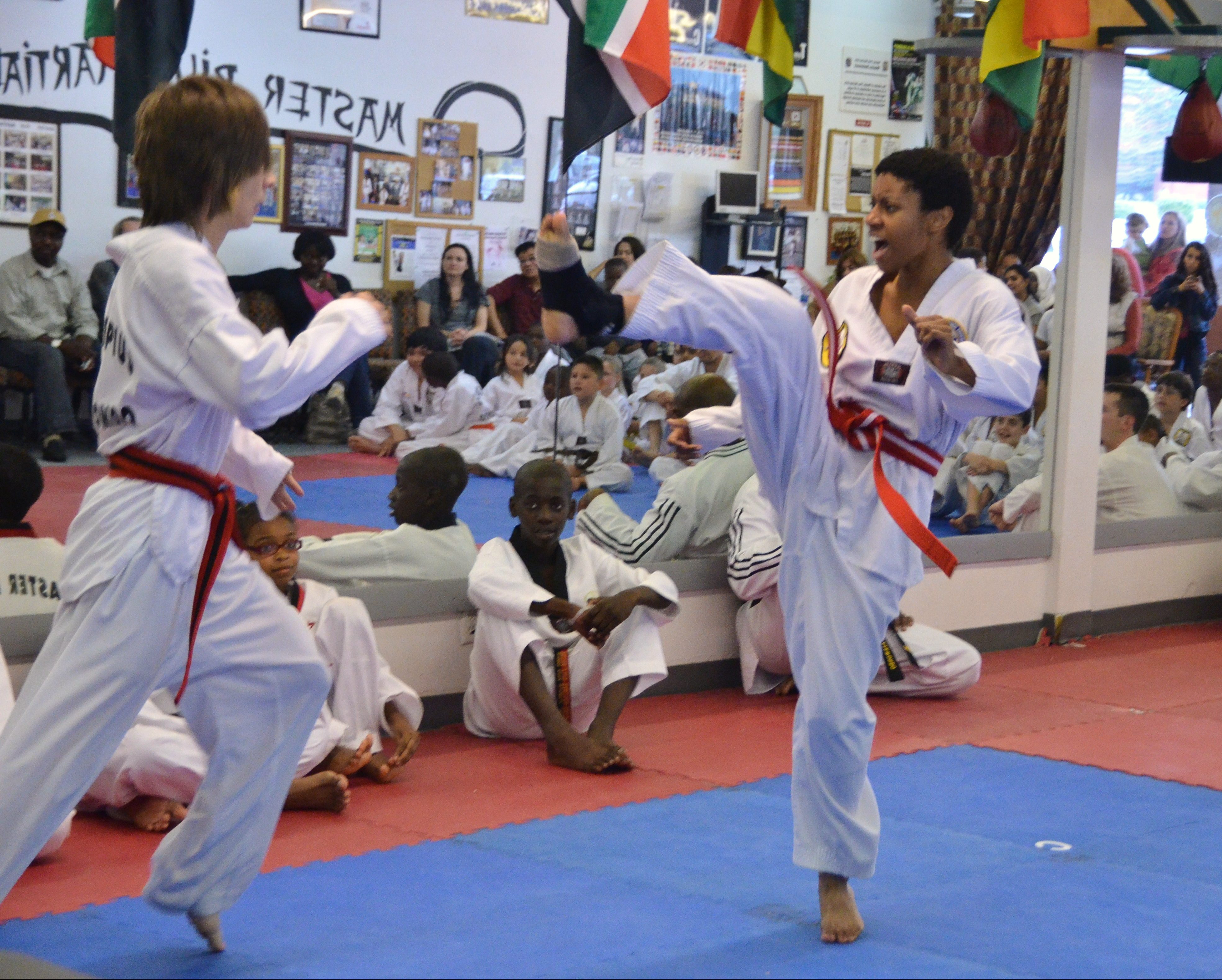 Have you ever felt like your body was literally and figuratively itching to do something?  Like, if you had to sit for one more second and NOT do it, you just might burst out of your seat and…I don’t know…do it twice as hard?

(I know, I know–I could have come up with something better. Bad blogger.)

For some, it’s parkour and free running.  For others, it’s gymnastics or dancing.

For me, at this moment, it’s combat training.

Yeah, I know.  Kinda out of left field.

Friends and family have told me that I’m the last person they would expect to be interested in physical combat.  I’m considered the “runt” of my family at 5’3″, as well as the little girl who always chose skirts over pants.

And yet, the moment I realized that I couldn’t fully sprint in a skirt, I chucked them from kindergarten till college. But no one notices that, now do they?!?!

I also forgot to tell people that one of my hidden dreams had always been to learn a martial art. Aaand, I’ve watched wrestling since I was 9, sooo….

Come, children, sit around the nice, warm computer/smartphone monitor while Auntie M.o.B spins you a tale of the days when she used to be quite the spry and skilled fighter.

A Tale of Taekwondo

From 2009 – 2016, I trained religiously in taekwondo. I won’t say that I was good at it, but I managed to win a few tournaments, get a black belt, and become an instructor in my dojang.

During sparring days, I would fly through my opponents, dodging their combo kicks only to slide in during a pause, sneak in a roundhouse or lifting (axe) kick to the shoulder, and slink out before they noticed.

Our master instructor would point at me triumphantly (and occasionally begrudgingly when I’d out-score his younger prize pupils) and exclaim, “She doesn’t have skills, but she’s got that kick!”

Yep. Those were good times.

Though I had to ultimately step away from the full-time lifestyle that taekwondo can become, I’ve never stopped longing for the clarity, focus, and confidence that training in martial arts gave me.

Which brings me to the main point of this post.

Along with voice acting and writing, I have another love that I have been neglecting since my high school years. From first grade to graduation, I dabbled in the performance art world that is acting. I’ve had varying roles in school plays and ensembles, and even won a few district’s choices in my day.

Am I any good?

Heck if I know.

I am, however, an everlasting proponent of the universe sending me messages…and I have certainly noticed myself very recently surrounded by people who very casually say certain things in passing.

“Oh, the director flew me out for this new Netflix series.”

“Filming doesn’t wrap up until Sunday, so I can’t make it.”

“Can I borrow this for my wardrobe? The theme is Nuclear Zombie Housewives from 1923.”

Dagnabbit, maybe I want to be a Nuclear Zombie Housewife from 1923. Did anyone ever think about my needs?

The point is, I love acting. I love dressing up. I love pretending to be somebody else. Ergo, ifso facto, we can only reach one conclusion.

Style’s on point, but lemme up the complexity…

A couple of nights ago, I met with a friend who is coming with me on this acting journey, and we laid out the first quarter of 2019 in performance-based classes. Voice acting, improv, intro to acting, and–oh, yes–combat training.

If you’ve visited this blog in the last three days, you’ve already noticed that I’ve stuck a timer on the side of my screen. On Saturday, April 13, I will be attending a workshop on how to perform combat effectively yet safely at The Neighborhood Studio. According to the description, the workshop should be fairly comprehensive.

Combining notions of stunt work, martial arts, and fitness to explain the ideas and concepts of what the body is capable of, you will be taught how to take a punch, how to throw a punch, how to fall, how to behave on the ground, and many more aspects of what makes Action convincing.

From “Action for Acting” workshop page

*cue me hopping up and down, squealing*

Now when I take this epic ultra mega action star training class, I want to make sure that I am limber and fit enough to keep up with the crowd. I want to look sexy, stylish, badass, and cool.

…Alright; I wanna make sure I don’t cough up my lungs.

To prepare against such an event, I have, as of today, put myself back on the same exercise, nutritional, and physical mindfulness that I was on when I trained as a taekwondo student. It’s not extreme, but it’s a lot smarter than what I was doing:

I’m starting lightly to give my body time and patience to recognize and understand what I’m doing to it. As the weeks go by, I will gauge how I’ve adjusted and shift as needed.

But I’m not just leaving it up to these vague parameters.

When I was in college, I gained 15 pounds my first semester. During the last semester of my four-year residency, I lost all 15. How, you ask?

The Truth, written by Frank Sepe, has not only gotten me back on track multiple times with my physical fitness, but it’s also a great read. The advice on choosing daily meals and how to space out your weekly physical training is comprehensive, yet flexible. It even details how to gauge the amount of calories you should take in based on what you want to lose, maintain, or even gain in weight and/or muscle.

What I love just as much about The Truth is that it serves as a partial autobiography. Frank Sepe recounts the extreme, excessively unhealthy ways that he worked to gain muscle during his bodybuilding days–ways that nearly killed him. He shares that it’s not necessary, beneficial, or smart to take on fad diets or drugs–looking good arrives from simply taking care of your body in the way it wants you to naturally.

It’s doable, and it’s logical. I can work with that.

I will be re-cracking open my copy of The Truth in the next few days to complete my resolve towards April’s workshop. In the meantime, I just finished a lovely dinner of grilled shrimp with brown and wild rice, washed down with a warm glass of lemon water. The time of slumber has arrived, and I am off to greet it kindly.

In the meantime, I will do my best not to randomly yell “action star” after everything I do.