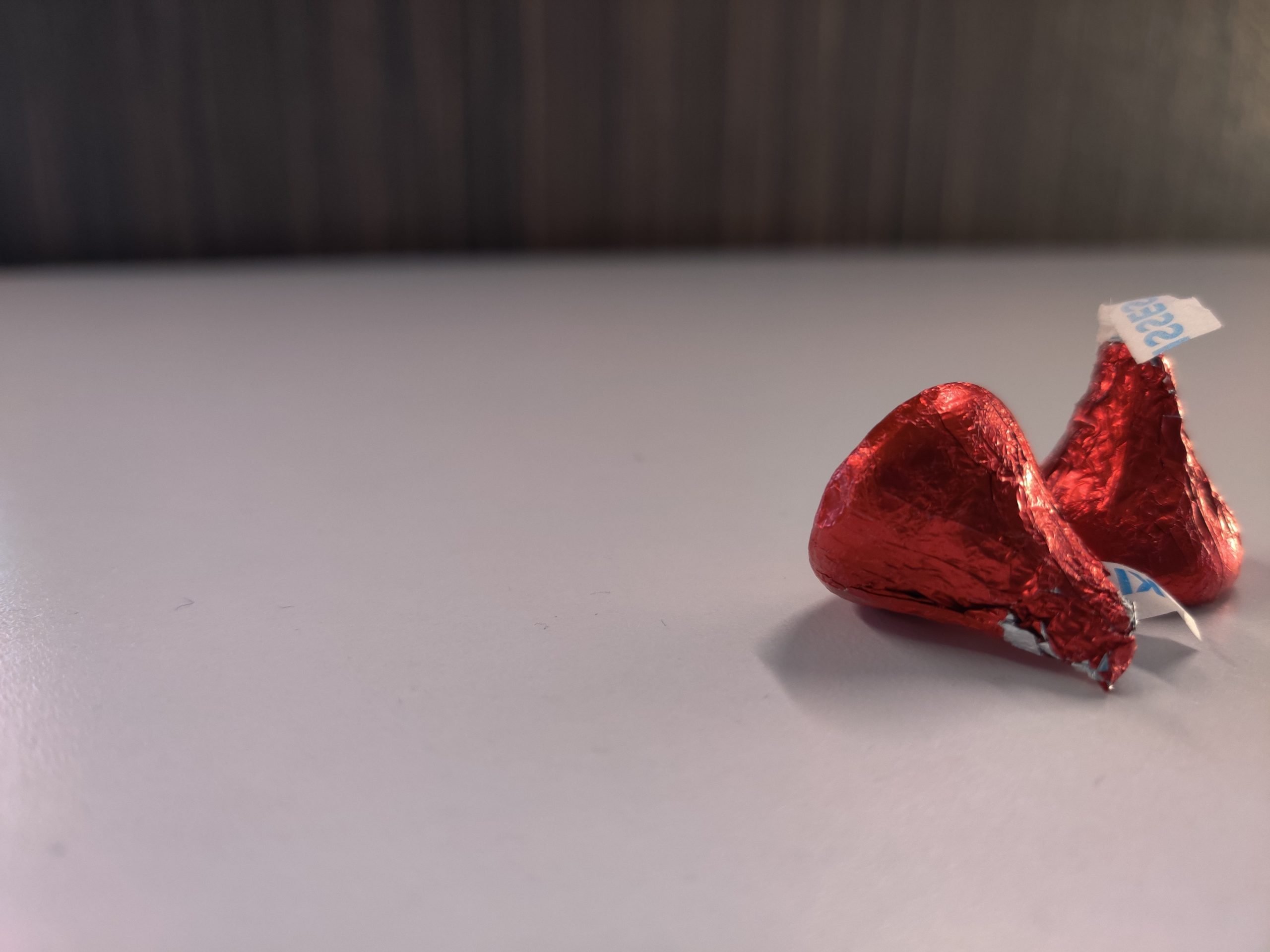 How do I love thee? Let me count the ways.

I should have realized long ago that only crazy things happen at 11 o’clock at night.

For me, I was trying to finagle a queen-sized bed-in-a-box mattress through my front door, as I waited for one of my friends to come by after work and help me drag it upstairs to my bedroom. I was wired from a long day (and night) of all-day business meetings and a late-night dinner. The effort to remain sociable and chatty with over 60 coworkers for over 12 hours straight had left me drained, yet buzzed to release my inner silliness to the max.

While I waited for my friend, I turned on Netflix to see what I could play in the background while I prepared a path up to my bedroom. I was still in the midst of massive Marie Condo-style decluttering, and there were clothes, containers, cartons, and other c-lettered crap everywhere. But that is a tale for another post.

In my efforts to widen my viewing pleasure (I’d already watched the heck out of Father Brown, Nailed It, and Tiny Home Nation), I scanned through the trending thread of shows to see what was popular.

And that’s when I locked onto the first featured show, Love is Blind.

According to the synopsis–oh, heck, who am I kidding? Just watch the trailer below!

My first thought when watching the trailer?

What kinda shady, silly, ridiculous love game reality show smut are we putting out there now? Do these people really think that they’re gonna find long-lasting love without seeing the person they’re talking to first?

This, of course, was followed by my second thought:

Why haven’t I pressed play yet?

A Brief History of Dating

Now, I won’t ask for forgiveness for my hasty and presumptuous judgement of Love Is Blind. (Though I will definitely apologize for any cultural dating norms that I may have missed, as I recognize that every population has their personal practices that I may not be aware of.)

As someone who has and continues to have her ups and downs of meeting people sight-seen, I admit that I’m a little jealous of the more adventurous single folk who are willing to take these seemingly strange risks to find love.

But then, of course, I have to step back even further. Is the Love Is Blind premise even the most extreme technique that we as humans have incorporated into our dating repertoire?

In the world of television dating alone, the reality dating show is only one branch of the public game show. The Bachelor/Bachelorette franchise, the Joe Millionaire, the Love Island, and all the other like-minded “watch-and-whoop” dating dramas are simply the tail end of a long line of romance games made popular in the United States through The Dating Game in 1965 (thanks, Wikipedia!).

Here’s a little glimpse of the original Dating Game. Recognize the bachelorette?

Again, this is only the televised part of dating. What about the internet world of dating? Within years of the internet becoming a public place for the public to mingle, dating sites like OkCupid, eharmony, and Match were using different techniques, algorithms, and personal information to pair people up, oftentimes without the aid of a photo.

There were even sites catered to sugar daddies seeking out sugar babies in a mutually consensual agreement to provide companionship while receiving financial support and care.

But what if we go even further back and step away from what the advancements in technology have prompted in dating adaptation, and look at what cultures have been doing for centuries?

Throughout history and various cultures, couples have been connected not just to date (or “court,” as it was called), but to marry. Royal, wealthy, and/or influential families informed the next generation just who they were going to wed, when they were going to wed, and sometimes, why. Desires to keep the bloodline pure, the scale of power tipped in the right direction, and even to maintain wealth and property were often the reasons for these unions. If the couple fell in love–sure, great, that’s pretty lucky. The main goal were the reasons above, as well as the chance to produce an heir or two who could carry on the lineage and prove the strength of the bond (*cough*and the husband’s virility).

The courtship before these marriages could vary between couples. There were times when the pair would interact only through correspondence (aka letters) all the way to the day of the wedding. Other times, each party would use a proxy (aka a representative) who would make all the decisions on their side’s behalf. Allegedly, King Louie and Queen Marie Antoinette (who were wed to improve relations between their home countries of France and Austria, respectively) met only two days before they married.

As opposed to the dating games and meetups that we hold today, most arranged marriages did not have the luxury to reject their assigned union. To do so could bring shame, ruin, poverty, exile, or all of the above to the entire household, clan, kingdom–you get the point. To compensate this ruining of reputation, the rejector could be thrown out, disowned, publicly humiliated, or even killed.

A few years ago, my father told me about a friend of his he wanted me to meet–“just to get to know,” he’d said. When I asked for a picture, my father waved it off and said, “You’ll like him. He looks young for his age, and he’ll take care of you.”

When I met this “friend” over dinner, it was very obvious that there wasn’t going to be a second date. He was a very nice man and actually not bad-looking. However, chemistry between two people is dependent on those two people alone, no matter how much the people closest to them promote the union on their behalf.

When my father found out that the meeting hadn’t worked out, he didn’t shame me or berate me. However, the stink eye he passed me for the next couple of weeks certainly weren’t no picnic, either. But I will take that over public humiliation, or–you know–the other options any day.

Does the “Organic” Date Still Exist?

All this review over blind dates and arranged dates can throw some wariness on the phenomenon known as “meeting someone naturally.” It may even throw out concerns to single people who feel like they have tried every avenue, every gimmicky dating style out there.

Online dating, once considered part of the gimmicky world, is now part of the norm–even if not everybody wants it to be. My fellow single friend Cathy groaned outright when she heard that a mutual colleague who had been on the rebound of a broken relationship for months, suddenly popped up with news of being involved with someone else. How did they meet? Through a dating app, of course!

“I mean, seriously?” Cathy slumped in disappointment. “Is it just not possible to meet people organically anymore?”

I shared her frustration. I had involved myself in dating sites for years in my twenties. While it was easier to gain a “collection” of options without having to spruce up and leave the house (a super introvert’s dream!), I found the whole experience just as draining. So many people’s photos can scroll across the screen, it can leave you exhausted and even numb to picking one or two who really catch your attention.

Then, as the revelation of how thick the veil standing between users sunk in, the chance to “catfish”–that is, lie about any and all aspects about yourself, including age, gender, weight, and general appearance—exploded.

That’s not to say that online dating isn’t a viable option to meet quality people–far from it. After all, you’re quality people, aren’t you?

And your single friends are quality people, too.

And I’m sure that each of you have at least one profile created on an eharmony, an okCupid, a Tinder, a Bumble. It’s just a matter of quality people linking with the quality people. It may take a while, but it will happen.

Some day, I may venture back out into the world of online dating, to see if anything has really changed in the way that I can meet like-minded goodness. I was recently introduced to a really informative article, “Best Online Dating Sites Based on In-depth Reviews,” that not only researched some of the most popular dating sites; it also provided quantitative details on the amount of research that went into the article.

The article was also objective; the first section at the top of the page was a “need to know” space that gave the following statements:

Information in your profile may be shared with third parties.

Are these statements stuck at the top to deter you from finding love through a dating site? I don’t think so. Rather, here is the chance to educate yourself fully and take dating seriously, no matter what method you use to date.

Just like when “accidentally” running into a cute stranger, then meeting said stranger for coffee the next day, you need to be realistic on what you know—and don’t know–about him/her.

The incorporeal “they” don’t say that “knowledge is power” for nuthin’.

The Best Way to Find Love

True love is not built on unrealistic fantasies, hopes and dreams. That being said, is it wrong to fantasize and hope and look forward to meeting someone who makes you smile in the morning and holds you tight in the evening?

Is it wrong to take risks in the world of love?

If it is, I’m flippin wrong till Tuesday and beyond.

No matter what you do or how you date, once you’ve done your research, educated yourself and ensured your safety–once love truly begins…let it happen naturally. The only control you have over whether the other person finds you as wonderful as you find them, is with yourself.

From what I’ve heard, the season finale of Love is Blind has posted on Netflix. Idealized couples and tropical vacations aside, it’s the self-control that helps you keep a grasp on reality as you come face-to-face for the first time with the person you’ve fallen in love with after only a few weeks. I have to wonder how many of those lovely contestants remembered that.